Brijuni islands are part of a protected area near Istrian Peninsula west coast.

Veliki Brijun is the largest island which lies about 2km from the coast, separated from the land by narrow Fazana Strait.

These islands are one of the most popular locations throughout the history in Croatia.

Many people of influence were attracted to the beauties of these islands, from Vienesse high ranking officials, business magnate Paul Kupelwieser who established a golf course, sailing regatta and various cultural events, to former president of Yugoslavia Josip Broz Tito who regularly hosted different events for many popular figures and meetings of high importance.

Many vegetation and animal species on Brijuni are exotic. Not because it has a specific climate, which is mild Mediterranean like on most of the Croatian islands, but because most of them have been given as presents to Josip Broz Tito who used Brijuni as his personal State Summer Residence.

There are more than 600 plant species on Brijuni islands and plenty of other exotic species from all over the world which have been acclimatized. Some of the endagered species grow freely and without difficulties on the islands thanks to its specific microclimate on some parts. 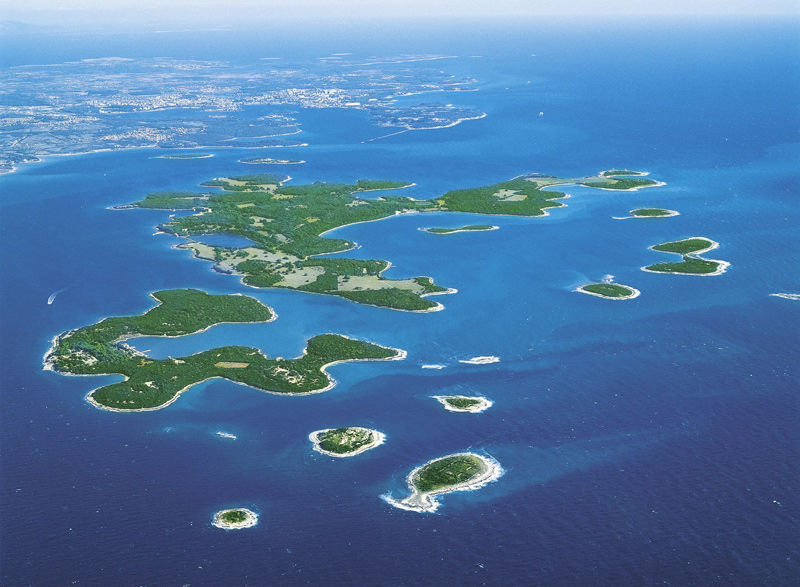 National Park Brijuni has a safari park that hosts many animal species gifted from diplomatic partners from India, Guinea, Etiopia and other countries. We can see elephants, zebras, waterbucks, zebus and so on.

There is also an ethno park, which hosts typical Istrian autochthonous animal species such as Istrian Ox, donkeys, goats and Istrian sheep. Other types of animals such as Fallow deer and mouflons can be seen roaming freely on the island of Veliki Brijun.

Particular areas also host numerous number of bird species, thanks to the specific terrain location and the damp area of 8 acres which serves as Ornithology reservation.

Things to do on Brijuni Islands

Brijuni islands are ideal destination for business meetings, special conferences and congresses thanks to years of investing and experience in providing an elite service. The islands are also perfect for outdoor recreational activities like golf, tennis, team building programs, archery and diving.

If you want to take it down a notch, you can always enjoy in panoramic sightseeing from inside a mini train, on a rented bike or from electric car. It is also possible to organize special events such as weddings and thematic evenings.