National Park Northern Velebit is located about 20km south from city of Senj and covers an area of 102km2 which contains Velebit mountain range, the largest mountain range in Croatia.

Although geographically it seems like a border between continental and sea region, this particular area has brought people together during many years, from the early Stone age to the Roman conquests and to the medieval times.

The landscape features very special karst forms represented in many extreme ways featuring caves, peaks, ledges, columns, natural formed towers making it one of the most interesting karst areas in the world. North Velebit forms a natural boundary between the Mediterranean and continental climate.

North Velebit National Park is predominantely covered in desnse forest which takes about 80% of the total park area which is changing depending on the altitude.

The coastal slopes are mostly covered in hornbeam and downy oak which greatly contribute to protection from the erosion of the soil that are often exposed to very strong winds during the winter time.

The mountain peak region is often exposed to extremely harsh conditions where the plants are unable to fully form into the trees so we often see shrubby pine trees without a central stem that develops close to the ground.

Many animals found its’ home in this vast area. It is very expecptional and diverse and it’s featuring many endemic species such as Balkan Snow Vole. Largest animals are mostly carnivores (bears, wolves and lynx) with the expection of mountain goats (Chamois) and deers.

Other mammal species are mostly rodents and bats. The NP Northern Velebit is also a home to large number of birds, 90 species of them being on the protected list.

Reptiles, ampibians and invertebrates can be found throughout the area as well.

You can come here from two directions, either A1 highway from the north or Jadran main road from the south. If you happen to come from the north, you should come near the small place called Krasno, which is a great place to purchase finest cheeses and other dairy products. If you plan for a short daily visit, make sure you stop by the mountain home where you can make further inquiries about the place, see the Velebit botanic garden and walk through the first stage of Premuzic path until the Rossi shack. 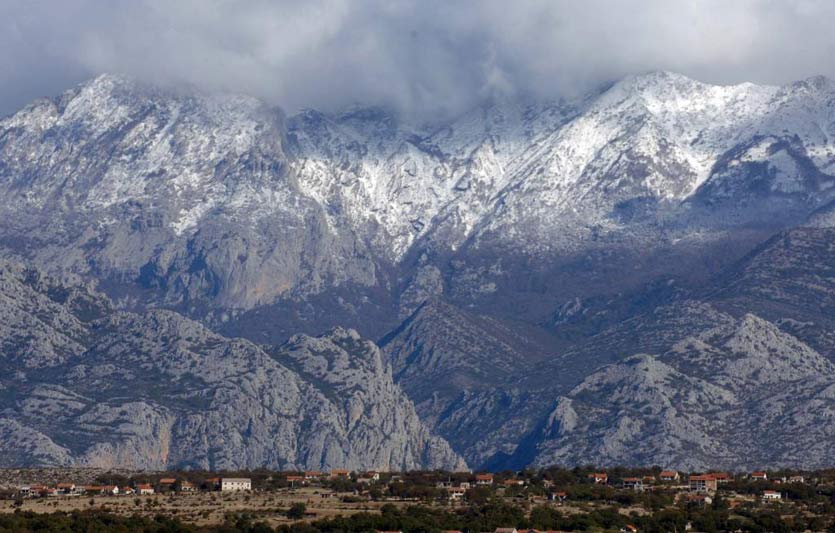 Most visits are made during the summer, where you can easily find the appropriate accommodation. It is a real challenge trying to get around the Velebit during the winter season because of the lack of mobile signal in case of an emergency.