National Park Risnjak is located in the vicinity of Crni Lug, a small town nested on the eastern edge of the park in Gorski Kotar, known by being the most forested region in Croatia.

The park covers a surface area of about 63 square kilometers, which includes the prominent mountain Risnjak, with it’s highest peak at 1528m (5015 ft). It forms a natural barrier between the inland and the sea, dramatically changing the types of climate to the north and the south.

The Park contains a very diverse and unique ecosystem with more than 1100 flora species and subspecies. It is mostly attributed to the complex structure of terrain and influences from both the proximity of the Adriatic sea and the continental Croatia.

It is also a home to plenty of exceptional, endangered and rare species of orchids. Even relatively small, grasslands of Risnjak are situated mostly on the more wind exposed areas, near the mountain tops.

Being diverse just as much as the plant life, Risnjak hosts plenty species of European most noticeable predators such as Eurasian Lynx, black bear, grey wolf and badger. Lynx, which was exterminated during first half of 19th century, has been slowly reintroduced to wildlife in the recent years with the help of Slovenia.

Plenty species of herbivores and birds also made Risnjak its home. 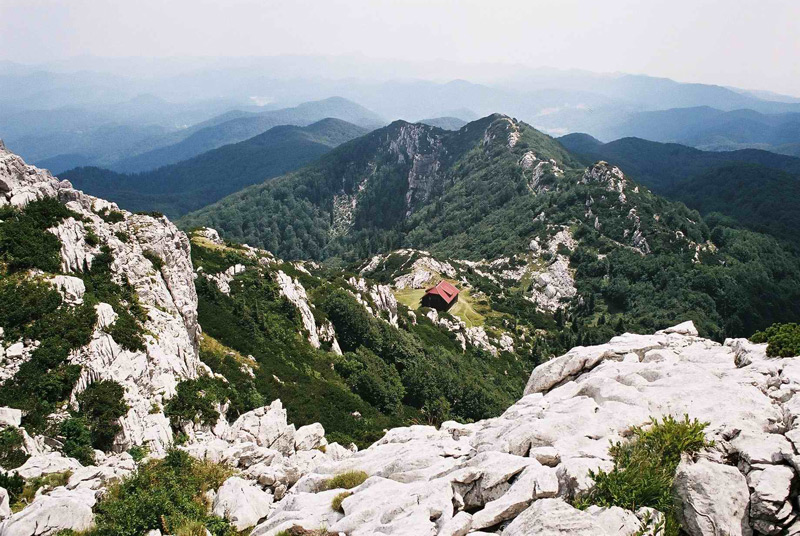 The most prominent points are Veliki Risnjak(1528m/5013ft) and Snjeznik (1506m/4947ft), which is an invitation to all alpinists, recreational climbers or hikers.

What to do in Risnjak

Risnjak has plenty of marked hiking paths for each special place, whether it is a source of river Kupa, abandoned military complex at the top of peak named Guslica, or a simple educational path called Leska.

Leska educational path is a 4.4km/4800yd long circular footpath that gives you the chance to take a look at little bit of all the beauties of Risnjak.

A short walk downstream from the source of river Kupa can bring you to the catering facilities, where you can buy a license to fish. It is also possible to rent a bike or a kayak if you are not a fan of hiking. If you are on the look for something more extreme, there are also mountain biking facilities nearby.

During the both summer and winter, there is a possibility to observe Risnjak wildlife from the log cabin or observatory.