Krka National Park is placed through riverbed of Krka River, the beautiful karstic river traveling two thirds of its way forming seven waterfalls, lakes and water currents through canyons all way to the Adriatic sea.

The most beautiful, and most visited waterfalls are Roški falls and Skradinski buk. Roški falls are readily accessible and can be visited through the whole year. River Krka on its 700 meters revier flow creating 12 water falls, with a total height of 27m.

On the left shore of the river Krka there are many watermills, some of them are still in use today. 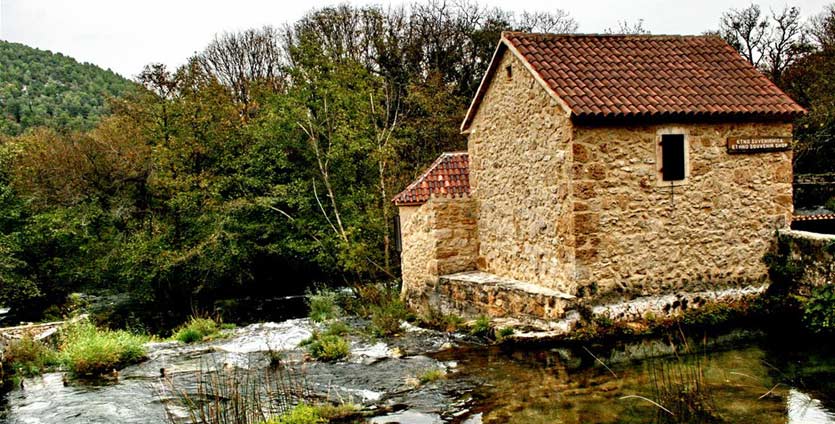 A bit further from Roški falls the River Krka once again turns into an elongated lake named Visovac, with a little islet Visovac in the middle ; where the lake got its name from.

On the Visovac island you can visit a church and Franciscan monastery which add secrecy to the lake and islet. 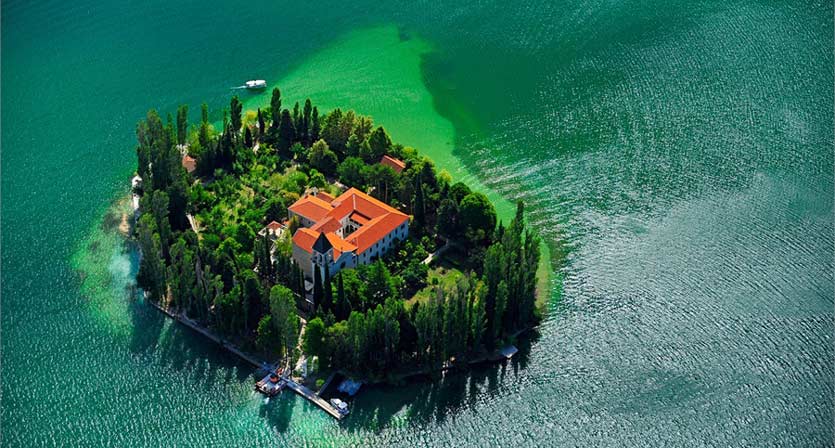 The first settlers on the island were Augustinians (nomads) in the 14th century and it was them who built the church and monastery. In the year 1440 Franciscans arrive from Bosnia, who were chased away by the Turkish invasion.

They were able to stay there until today, bringing with them their valuable collection of books, art, and even 630 Turkish documents.

Next waterfall is Skradinski Buk which is considered as one of the most beautiful cliff water falls in Europe. You can see them with a walk through a Forrest on a wooden path and bridges.

Krka river is rich with various species of fish, 10 of which are endemic. The great number of birds in National park Krka is also considered a haven and one of the most valuable areas in Europe.

NP Krka is rich in flora and fauna, there are 222 bird species live there, making it one of the most valuable ornithological areas in Europe. You can visit it by boat, car or on foot. Make sure you visit the ethno museum on one of the old mills.

National Park also has the only hawk training center in Croatia where you can see presentations of hunting with hawks and hawk trainers’ skills.

Swimming is allowed only in specific zones, the park can be visited by boat or from Skradin town by foot. Entry to National Park is in the town Skradin who is 23 kilometers from Šibenik.